In God we trust

Rev George R Carey was installed as pastor of KPC in February of 2016. Rev Carey and his wife, Nita arrived in Kingman immediately following seven years of ministry in overseas mission work and more than 35 years of pastoral and missionary ministry, including 4 years focused on Unreached People Groups at the U.S. Center For World Mission in Pasadena, CA.
George was ordained in the Cumberland Presbyterian denomination in 1979 and joined the Evangelical Presbyterian (EPC) denomination in 1990. He and Nita were born and raised in Tennessee where George was graduated from Memphis State University and Memphis Theological Seminary (Presbyterian).
From 2009 to 2016, George served as Director of World Outreach for the EPC at the denominational headquarters located in Livonia, MI and as Director of Church Development for Project Mercy, a humanitarian/evangelism ministry to poor rural Muslim farmers in Ethiopia, headquartered in Fort Wayne, IN.
George’s first love is Christ. Nita is his first human love. And preaching the Gospel is second to Christ and to Nita. George plays guitar and sings and writes Gospel songs. He enjoys following political developments, which likely stems from his background in broadcast and newspaper journalism.
George loves to focus believers on the Biblical mandate to reach the lost and hurting “at the end of the street and the end of the earth.”

Rev Grif Vautier, retired pastor of KPC is the Pastor Emeritus of KPC. He received this honorary title in May 2016. Pastor Grif and his wife Holly (also an ordained pastor) served KPC from the year 2000 until 2011. Holly went home to be with the Lord in June of 2020.  Grif preaches in the pastor’s absence and helps with other pastoral ministries when asked, as well as heading up prayer meetings and Bible studies. Grif is a very active leader in the Kingman Evangelical Ministerial Association (KEMA) and supply preaches for other congregations in Kingman when asked.  Grif is a graduate of Gordon Conwell Theological Seminary. 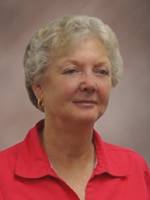 Patty Swader has lived in Arizona for more than 25 years and moved to the Kingman area in 2004. Patty enjoys interacting with people and likes to stay busy which makes the position of secretary at KPC a perfect blend for her lifestyle. After all, who better to spend your days with than other Christians. Patty has one daughter and four grandchildren who keep her busy when their schedules permit.

Ray has lived in Kingman for 45 years. He has been married to his wife Sherri for 40 years. She also serves as the church pianist. They have 3 children and 7 grandchildren. Currently as his profession, he is serving as the Cerbat Constable. He has served in audio/visual positions for 29 years. After the loss of our daughter, we traveled the world to bring hope to those that are lost culminating with Ray preaching in Belfast, Ireland. Our goal is to help the broken-hearted so they can be healed by the blood of Jesus.

Grahame Measor, Born in England, My Father was a Dairy Farmer and committed Christian. My primary Education was at the Church of England primary School, when it was still Christian. Graduated Collage as an Electrical Engineer, worked in the electronics industry for more than 40 years. Retired in 2016 and moved to Kingman permanently. I’m an avid reader of theology books and have a reformed prospective of Christianity. 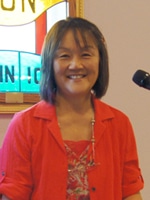 Scott and I married in 1990, and moved to Kingman in 2003.  Sports and Music have always played a large part in our relationship, and still do! Praise band and Choir are inspiring and satisfying, and we both have lots of fun making music for the Church.  I also get real enjoyment from chime choir – it was difficult at first but it’s a lot of fun practicing with the other chimers and coordinating to get the songs right. We hope that the music the Praise Band performs for the Church is inspiring and fun, that we reinforce and enhance our Pastor’s sermons on God’s word and help the Holy Spirit to enter all our hearts.  We love making music for ourselves and for anyone who wants to listen!

Sherri is a Kingman native and has been married to Ray (audio/visual manager) for 40 years and had 3 children and 7 grandchildren. Sherri has served as music director for several churches which included being the leader of praise bands, church pianist, and choir director. Sherri has also participated in many church citywide events as a guest music director, including Israel and Ireland. Sherri is a published Christian author and her and husband Ray have both spoken around the world sharing the message of hope. 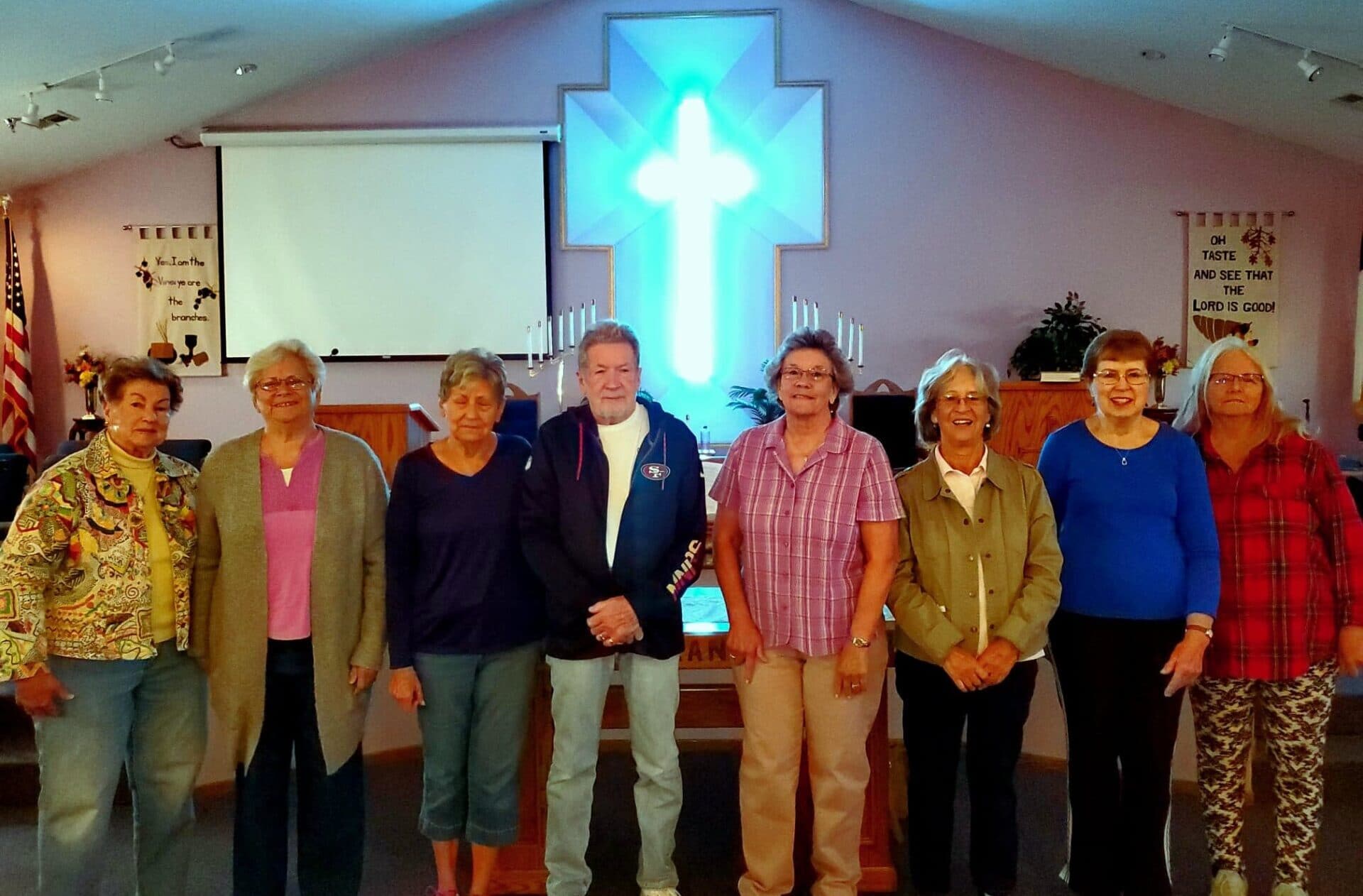 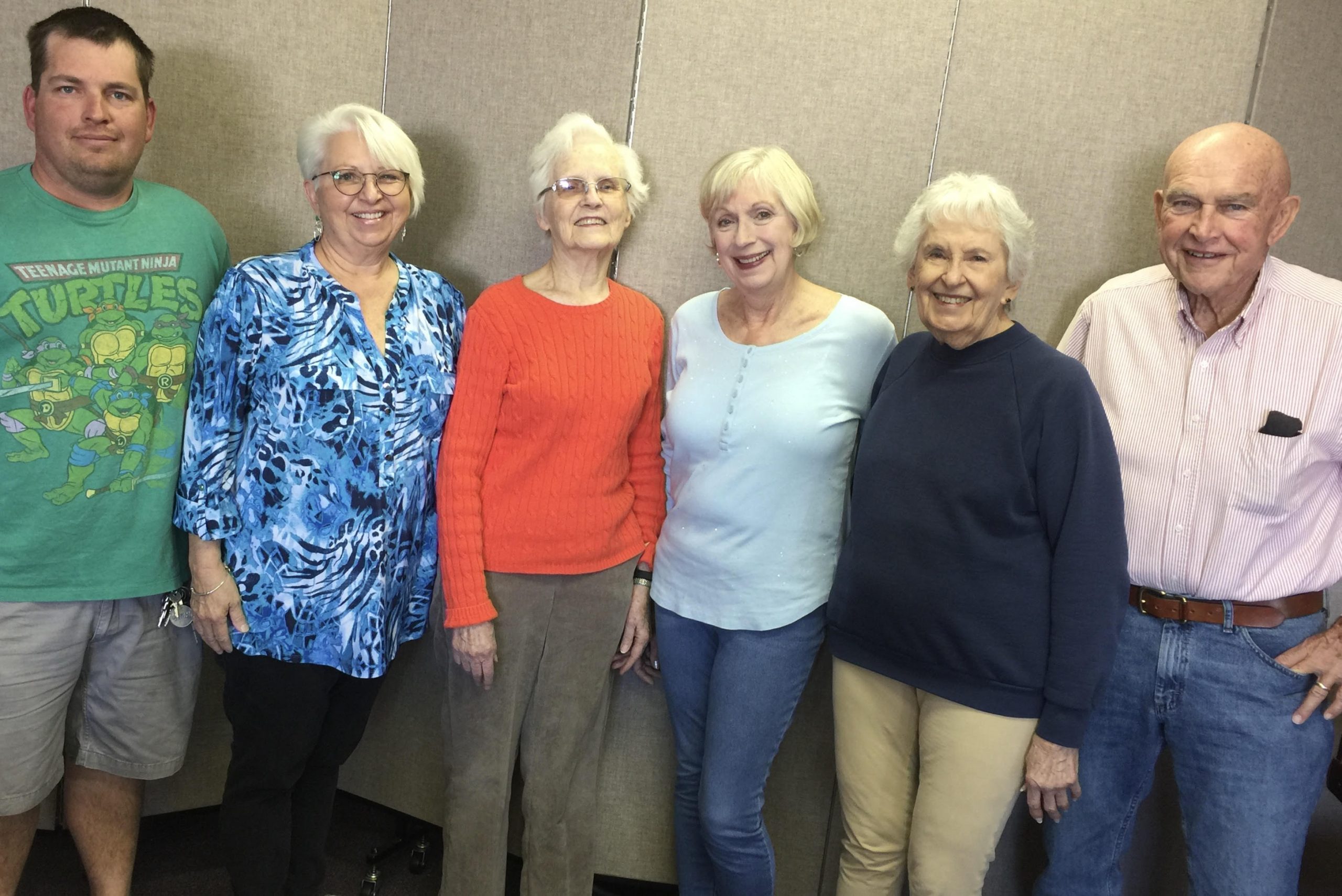